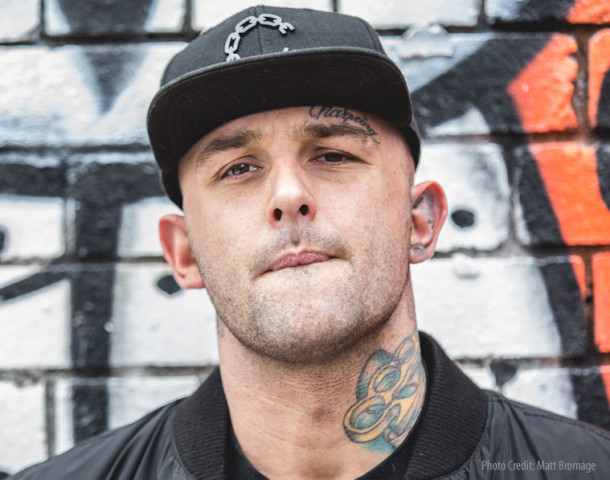 West Midlands based Urban/Blues singer-songwriter and rapper Arron Erskine caused a sensation through social media, after having numerous videos go viral. Soon after, Arron headlined the 02 Academy and performed to thousands at many other shows around the country. His first official single entitled ‘Foolin Me’ was released in March 2016, and just 2 weeks later was played on BBC Introducing. Arron is currently working with A6 Records towards releasing his second single and forthcoming EP. We had a chat with the rising star to talk about his experiences, influences, collaborations and new material.

For those that don’t know Arron Erskine YET, how would you explain your sound? It’s hard because I don’t think there’s a specific genre which describes my sound perfectly. I call it Urban/Blues.

When did you first realise you had a strong passion for music? From an early age, as far back as I can remember really. Music played a big part in my household growing up. If my mum didn’t have UB40 playing, my dad had Elvis on! My dad is a huge Elvis fan and if he had his way I would have been called Elvis, but my mum wouldn’t have it. So they settled on his middle name Arron.

Named after the King himself – that’s so cool! We’ve listened to your latest single ‘Foolin Me’ on repeat here at A6 HQ since we first heard it! It’s sooo good! You must be excited about your future with banging tracks like this…? Yeah I’m really excited! The feedback from ‘Foolin Me’ is amazing. I have messages daily from people about how much they like it. It’s really humbling and makes it worthwhile. It also got played last Saturday on BBC Introducing so it’s all good stuff.

You sing and rap about real life experiences which seem to have a strong connection with so many people. Is it important to you, to send a message via your music to your fans? Yeah definitely, I wanna relate to people as much as possible. It’s important to me as that’s the kind of music I like myself too. Morrisey once said “the music that they constantly play says nothing to me about my life”. I relate to that with true feelings. I think music should touch you or remind you of a memory or even take you to the future. I don’t wanna hear about nonsense. I hear that on the daily. 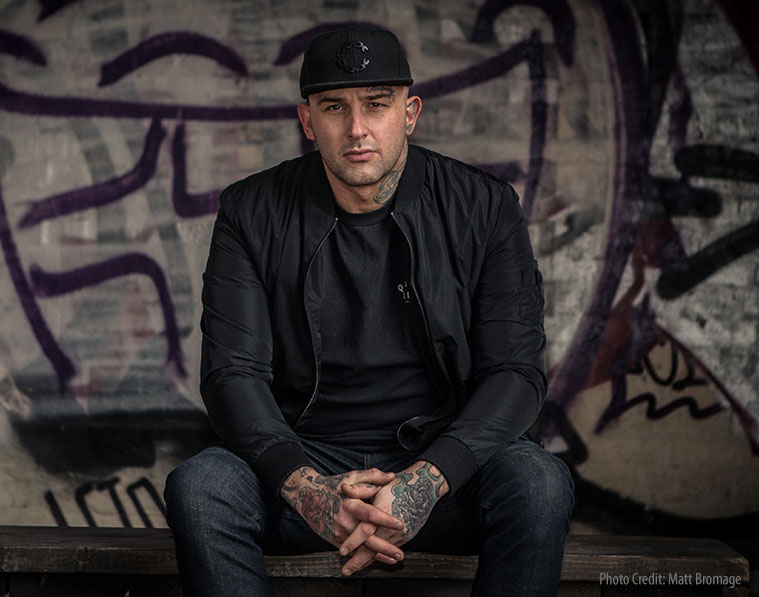 You’ve already headlined the O2 Academy which is a great achievement – if you could choose to play at any venue or destination, where would you choose and why? Wembley would be the ultimate dream! To feel the atmosphere there from so many people would be unreal, but I’m also in my element when I’m on a small stage. As long as the drinks are flowing and the people are having a good time, I know I’m doing my job.

What’s your ultimate aim as a musician? Just to take the ride and enjoy it really. I’m down for anything – I don’t have any do’s or don’ts. I believe what you put into life you will get out. I’m just here to give it my all and see what the big guy has in store for me.

When you’re not in the studio making songs, what music do you listen to? I listen to a lot of Elvis, The Blues and I’m a big fan of Leadbelly and John Lee Hooker. Biggie Smalls, Wu Tang, James, The Smiths, Nirvana, the list goes on! I like anything with feeling and meaning really. The Blues seem to cut it for me though. I think I was a Louisiana man in my past life. A whisky, my guitar and the sun shining… That’s a good day to me.

Who inspires you? I’d say everyone I just mentioned. I’m inspired daily. It might be a new word I’ve heard or a riff on a guitar I like. I can’t say exactly, just life in general I suppose. I wanna get as much across as I can in my songs about real life. I think so much passes us by. It’s nice to be made aware from time to time.

If you could choose to collaborate with another artist, who would it be? There’s too many!!! Off the cuff I’d say Chase & Status and Rudimental. The energy those guys can bring to a track is awesome. I reckon we could make a banger too.

My second official single will be released on A6 Records soon, it’s called ‘We’ll See’. I’m really excited to get that out and follow up on ‘Foolin Me’. I’m always working on something. A beat has come in to my head today actually. I had to get the phone out and record myself on voice memo so I didn’t forget it, hahaha, so yeah, once I’ve got that down I’m straight on to the next one. Always thinking, always writing.