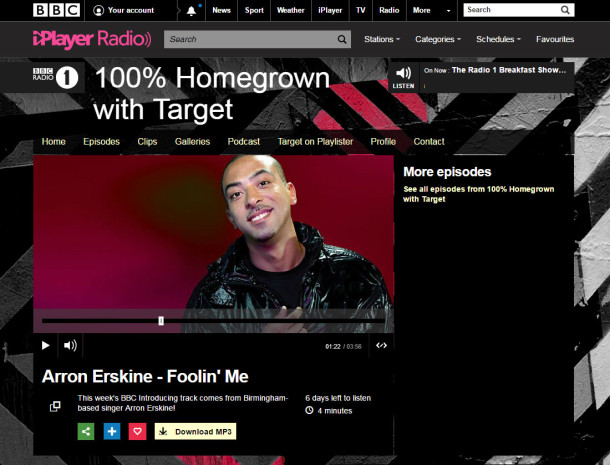 We’re really proud to announce that Arron Erskine’s track ‘Foolin Me’, has been selected by DJ Target as BBC Introducing track of the week, for his show 100% Homegrown on BBC Radio 1Xtra.

Acts on the playlist are heard on-air across the week, seen by Radio 1xtra’s online audience and have an influence on a global scale with music industry executives and radio programmers around the world keeping close tabs on the tracks added each week.

It’s exciting times for Arron Erskine! If you haven’t already done so, show your support by following him on socials, listen/share his track, and look out for his future releases. Arron’s second official single ‘We’ll See’ will be out 1st July so keep your eyes peeled!