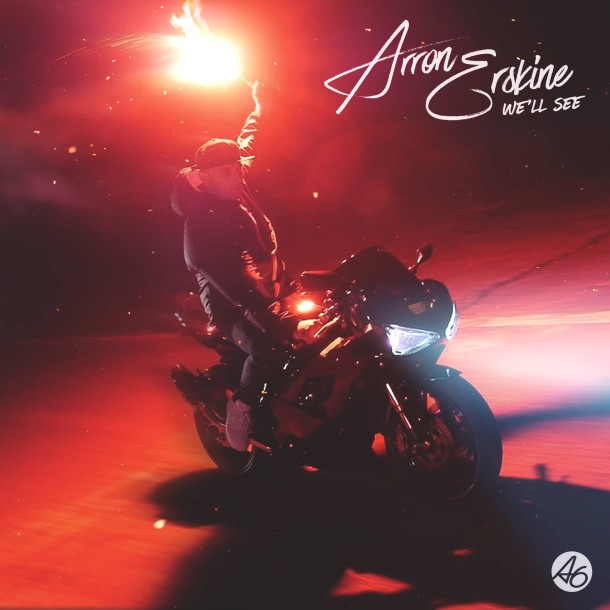 Arron Erskine has released a new single today called ‘We’ll See’, along with an official music video for the track. The iconic video begins with Arron riding a motorbike down an aeroplane runway at night, with a flare in his hand. The video immediately grabs the viewers attention with some excellent video work and lots of interesting scenes throughout, which have huge impact, adding an extra layer of creativity to the track itself.

The song ‘We’ll See’ is about a personal situation in Arron’s life where he was let down, and the fact that you have to stay strong in these situations in order get through the bad times. Arron explains “You live and you learn, and people will always say they’ll stand by you… We’ll See.”

The song sounds like an infusion of Hip-Hop and Blues, with a bass-line creating a ‘bounce’ to the track and the words creating the mood.

With 2 official singles under his belt Arron Erskine is already working on his third single and forthcoming E.P.